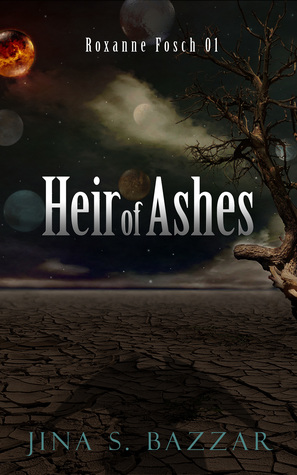 Summary: Roxanne Fosch had a perfectly normal life at the age of twelve. Cool, popular, pretty, smart. Her dreams of a perfect, successful and prosperous future seemed well within her grasp.
By the time she was twenty-two she had become a commodity. A fugitive. She was being hunted.
As Roxanne embarks on the dangerous quest to search for half-truths about her past, she discovers she’s not just an abnormal human, but a rarity even among her Fee peers.
She is hunted by scientists, keen to exploit her extraordinary abilities, as well as other beings far more dangerous whose plans for her she cannot fathom

I was pleasantly surprised by how much I enjoyed this story overall. It was fast paced. The characters were interesting. All of the different paranormal/monsters were intriguing to say the least.

Jina done great explaining the details of all the different characteristics of the preternatural. There were quite a few times I was a little confused? Especially at the end. The ending just threw me off in general. It wasn’t necessarily bad but I do feel like there is room for more detail.

I enjoyed the main character, Roxanne. She was realistic. Her brutal life has made her a survivor. She has a lot of trust issues (which she defiantly has a right to have). I feel sorry for her up until the very end. Logan was okay. He wouldn’t really swoon worthy but I liked his protective nature over Roxanne. Their romance was lacking, a lot. I was rooting for them but something felt missing in their relationship. Like I said previously, there is room for more possibilities and detail there.

My favorite part in the whole book was the Low Lands. I absolutely LOVED that world. It was super creepy. I want more! I love the creatures. I want my own fizz. Also I need to know more about Lee. I mean what happened there?

Hopefully the author will decide to write a sequel for this.

Welcome to Paper Royalty Blog! My name is Crystal. I am a wife, mom, business owner, bookstagrammer, and bibliophile. I survive off caffeine and audiobooks.

What do you drink in the mornings?
Do you read contemporary romance? If so, what’s your favorite one?
How are you taking care of yourself on this fine Sunday?
Have you watched Bridgerton yet? Or read the series?
Cover Reveal for Court by Tracy Wolff!
If you could choose any profession, real or fiction, what would it be?
Follow Paper Royalty on WordPress.com